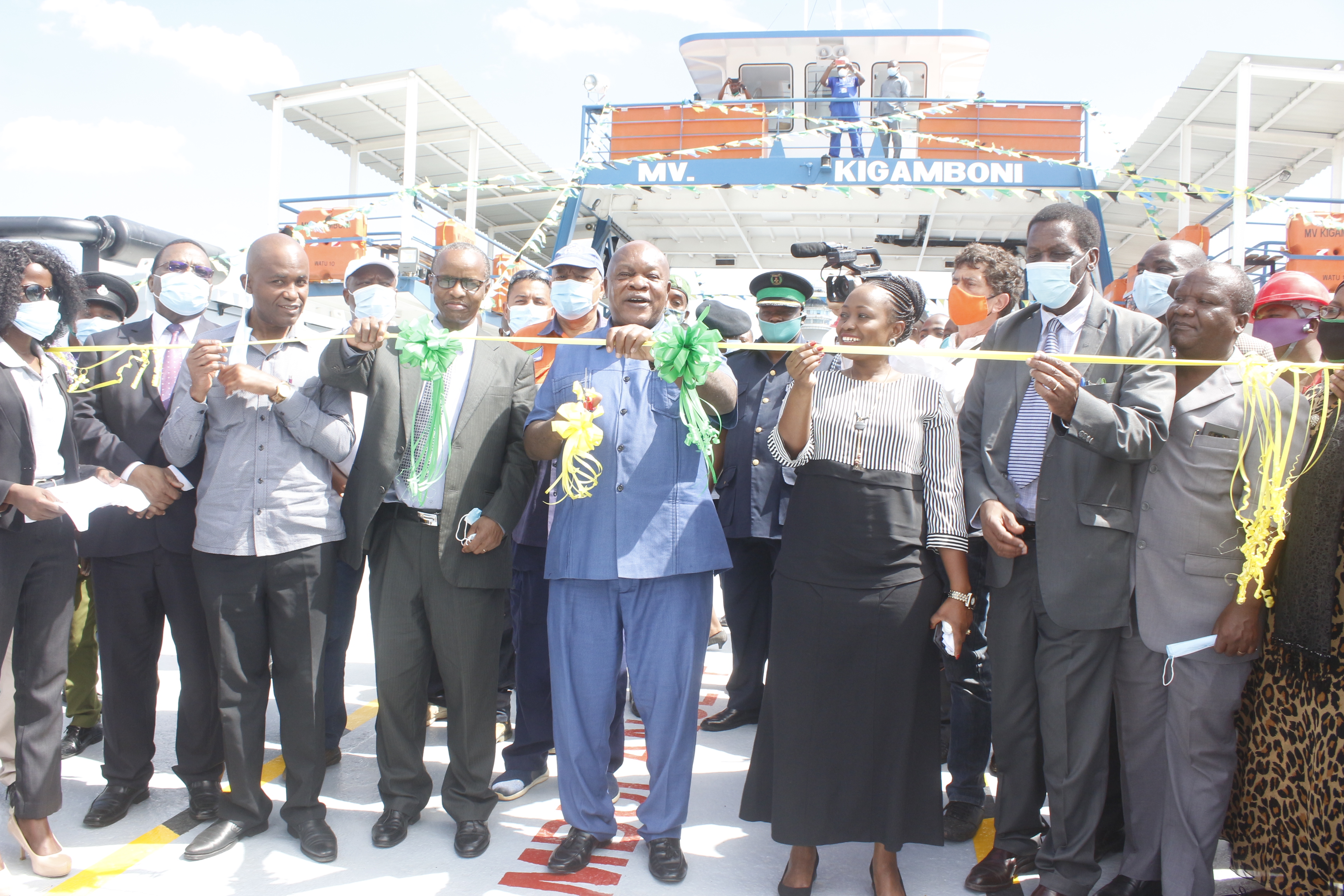 Minister of Works, Transport and Communication Hon. Engineer Isack Kamwelwe today received the M.V Kigamboni pontoon which was undergoing major renovations in the Kigamboni area in Dar es Salaam. The renovations which cost the sum of TShs 1.09 billion was provided by the Tanzanian government and has been undertaken by the patriotic Songoro Marine Transport Boatyard in its yard in Kigamboni. Speaking at the event, Engineer Kamwelwe thanked Mr. President. John Pombe Magufuli for continuing to fulfill the commitments of various development projects for the people of Tanzania. He added that the purchase of the Ferries and Boats alone during the period from November 2015 has thus far cost the Government about Tanzania Shillings 38.6 billion and made his Ministry implement the 2015 Chama Cha Mapinduzi (CCM) election notice.

For his part, Chief Executive for Tanzania Electrical, Mechanical and Electronics Services Agency (TEMESA) Engineer Japhet Maselle said the MV Kigamboni pontoon started renovated in December 2018 and was completed on May 6 this year. The MV Kigamboni pontoon is capable of carrying 160 tonnes, 22 small cars and 800 passengers at a time. Also the ferry is 52 meters long, 12 meters wide. "This ferry has undergone major renovations by replacing life-saving equipment with eight hundred life jackets for adults and eight for children," said Engineer Maselle.

Engineer Maselle also added that the pontoon renovation has been completed in accordance with International Standards (IMO Standards) and inspections have been carried out by the Tanzania Shipping Agency (TASAC) and confirmed the ferry is safe for passengers, vehicles and cargo. "The completion of the ferry restores the number of three ferries at the Magogoni station and eliminates the traffic congestion that was experienced by the people while it was being repaired," said Engineer Maselle. The reception for the ferry was attended by Kigamboni MP Faustine Ndugulile, Kigamboni District Commissioner Sarah Sarah Msafiri, TEMESA workers and as well as citizens using the ferries